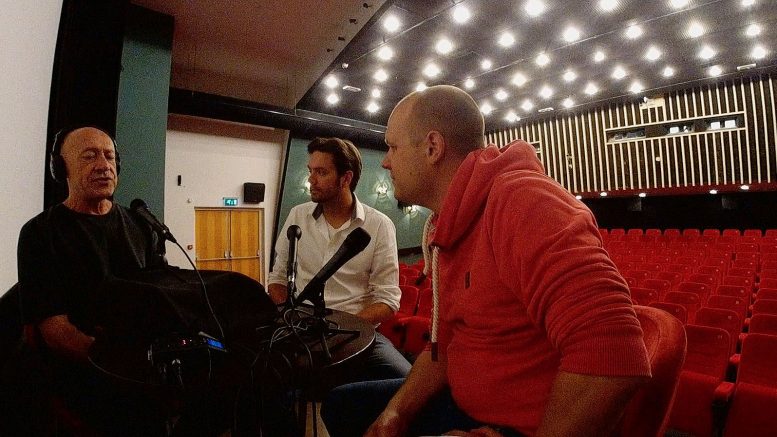 Ever started thinking about thinking? And why people do what they do? John Furey has, and he provides a language, framework and several tools to help do this. It’s called MindTime. In this episode of Schepen aan de Horizon we talk to John Furey. He is the founder and chief architect of the MindTime Foundation. This Groningen based organisation helps people to understand people. To learn more about what MindTIme does and why MindTime does what it does we talk a bit about Furey’s past, present and future.

Furey was born in the United States, but grew up in Switzerland. He describes the south of Switzerland as kind and pleasant. He grew up in a small town, felt safe and the weather was beautiful. In terms of education Furey grew up in the north of England. Which was a huge contrast to the south of Switzerland. He decided to become a professional photographer: Obtained all the degrees needed and started a photographic company. He felt liberated. In the early 80’s he left England for Sudan, North Africa to help someone he knew. It had nothing to do with photography, but it was ‘John on adventure in Africa’.

“John on adventure in Africa”

Furey describes it as an adventure of a lifetime. Keep in mind that there was a lot going on at that time: Civil war in Sudan, a coup in Kenya and in South Africa the apartheid started. Furey eventually left Sudan for South Africa where he encountered the town ships first hand and the uprising of apartheid. He was in his early 20’s when he travelled through Africa.

It was actually when Furey left Africa for the United States when the thought process of MindTime all started. The following question roomed in his head: How come so few had managed to dominate so many for so long? That question is compelling and it started the process of thinking. The things he had seen and experienced in Africa made his thinking process start. He started thinking about thinking.

It was 25 years ago that MindTime happened. Furey describes it as a language by which we can understand and explain thinking. It is a theoretical framework of human thinking. It gives us an insight into that thing that allows us as humans to perceive and have thoughts. This sounds very abstract, but in the podcast Furey has a few examples to explain it better.

MindTime is already available to us: via a survey. Your profile is being made based on your answers regarding past, present and future. See it as a triangle. Each point represents the forces and dimensions in which we think. We have a drive individually, communally, culturally, societally to create stability so that we create more predictability about what is going to happen and we can base that on what has happened. Blend these three things, past – present – future, so you can try to explain why people do what they do and are going to do.

The Satori moment is a sudden moment where you shift your perceptual awareness. One goes from not understanding; to understanding. Furey tells us that this moment is called the satori moment in zen Buddhism. Furey based the Satori cards on this concept. It entails 45 cards and these cards have words on one side and colour and an image on the other. You select your way through it choosing the words that suit you. When you’re happy with your choice it’s time to turn the cards over. The combination of colours you see represents your blend of the three perspectives: past, present and future. It helps us to understand why we do what we do. These are the tools to help people understand people.

Listen to the full episode here (or as download):