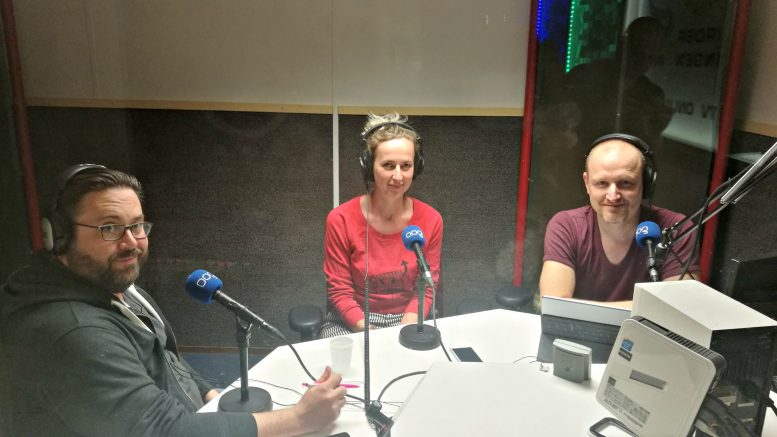 Nick Stevens returns to the podcast to tell about his new role as Chief Digital Officer (CDO). The city of Groningen is currently facilitating “an experiment towards the future” as our guest describes it. What it is and what the outcome exactly will be is unclear, but when we take the technological changes and its impact on the labor market for example, it will undoubtedly be necessary. How do we get people ready to live in this digital world?

Why a digital office?

Stevens sees some unsettling ripples on the horizon. “Let’s just imagine the robots are here and they do all of the work. There is literally no work left for humans. What would we do all day long?” It’s a hypothetical he likes to explore in his new job. “What we do know is that a massive technological change is coming towards us.” It’s not unthinkable that quite a lot of work will be lost, but we also have the opportunity to gain a lot of work, he adumbrates. “What I need to think about is the high level on what technology will imply. Things like blockchain, AI, the internet of things, drones and self-driving cars will change our lives on a day to day basis and over a long period of time.”

The Digital Office initiative started some years ago as an effort to bridge the gap between the educational, local governmental and entrepreneurial organizations in the city. Stevens explored the ways in which these three could come together to strengthen the economy by looking forward through the digital transition that took place almost everywhere. “It kept falling through the cracks and wasn’t high on anyone’s priority list. The city counsilman of economic affairs decided to change this”, he explains.

Now Stevens forms a team together with two members of economic affairs department, a member of a networking group of the largest IT-companies in the northern region, and a representative of the entrepreneurial world. “Those who think they can add value to the organization are welcome to join”, Stevens says. “Part of our job is quarter master, to understand what is happening, part is hunter, connecting the dots and making things happen.”

“Hope” and “wish” are not words you’d be using to steer your business or government towards the future.

His role as Chief Digital Officer currently doesn’t have an equivalent in other Dutch cities. Although Amsterdam has a CTO, the roles differ according to Stevens. “A typical CTO is an internal role (often the head of IT and infrastructure) within the municipality. The perspective of the CDO is external, looking at what’s happening in the rest of the world. Of course when you’re talking about technology there is an overlap between internal and external phasing.”

A city can be seen as a condensation of all sorts of economic activities that also exist on a national level. Some experts argue that technology will make cities more important than countries. “In an initiative like Startup Delta we see that it is presenting the county – The Netherlands – in competition with London, Berlin or New York. “It’s interesting to see how you can represent yourself and on what level you make decisions. Is it on a national or city level? I think the answer is: It depends.”

“The city mayor of Shanghai has to think pretty much on the same level as the prime minister of the Netherlands.”

Halfway between a shrug and destruction

What will the citizens of Groningen notice about the efforts of the digital office? “Maybe the answer is that we will notice nothing. Which would be a complete win compared to complete economic destruction.” Are Stevens and his team averting a massive disaster that the less digital savy of us can’t foresee? “The millennium bug went by pretty much unnoticed, but this was thanks to years and years of effort,” he explains.

“If you’re going back to 1993/1994 when the internet was first coming to the general public, we had no concept of things like instantaneous email, Whatsapp or sending photographs. That was not logical at that point, we had no idea of what was coming. If you’re looking at all the technologies and transitions that they’re going to bring: on the one hand it goes really really fast and we’re almost out of time, on the other hand in our day to day lives we almost don’t notice it happening. It feels like we’re talking about this for ten years already.”

You can support our podcast by buying something at Bol.com via this website.

Be the first to comment on "Episode 42 – About Digital Office Groningen, with Nick Stevens"